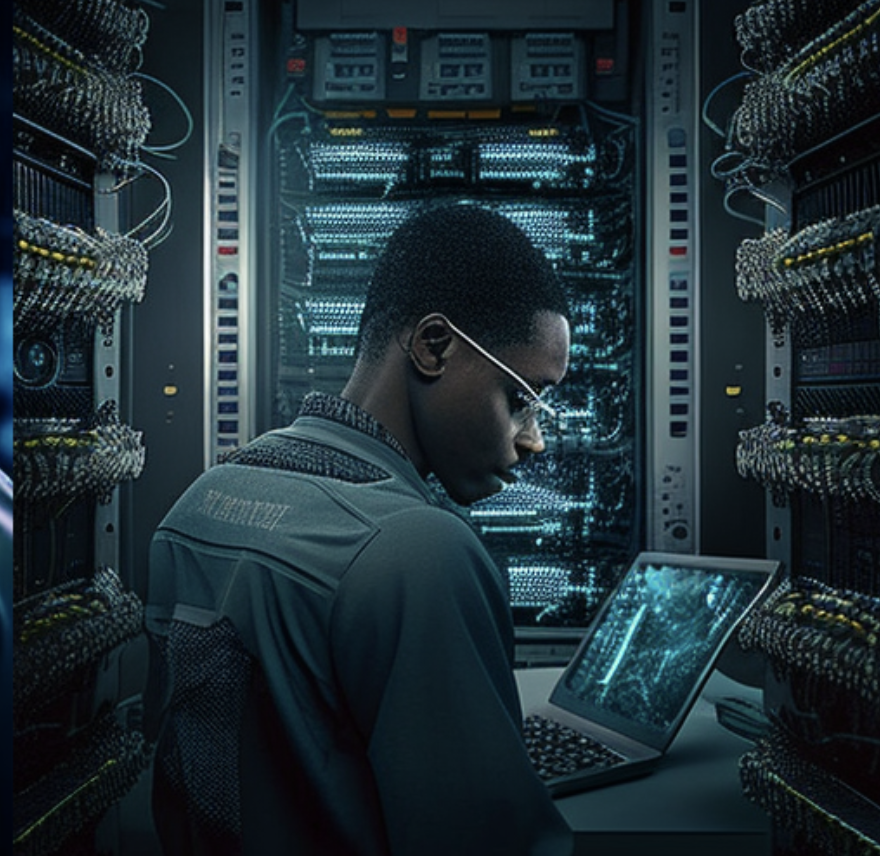 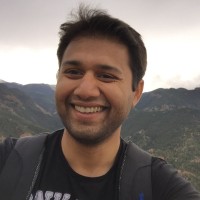 A picture speaks a thousand words, the above image describes exactly the current state of DevOps. A cloud of confusion surrounds DevOps. Our aim throughout this blog post will be to uncover the veil surrounding DevOps and explain why it is of paramount importance to understand it as a recruiter or sourcer in today's world. DevOps is made of two words - development and operations.

To put it simply, DevOps is a combination of processes in which both the software engineers and operation engineers work as a unified front throughout the entire software development cycle.

A key word used throughout DevOps is “siloed”. Its traditional meaning is isolated. When referred to in software development, siloed means isolated teams, development models, codebases, operations and support working individually. DevOps implementation amalgamates all these parts of an organization into one efficient operation.

This created numerous siloed challenges such as increased development time, low throughput, etc. Hence, DevOps came into being and integrated these disciplines into one, continuous process.

There are a few core principles at work in DevOps:

A couple of key practices make DevOps what it is. These include:

Together, continuous integration and continuous delivery are often referred to as CI/CD. Taking these practices one step further, continuous deployment adds a routine of real-time monitoring, testing, and updating products after they launch. Within a DevOps environment, it's common for organizations to release smaller, more frequent product updates that are more reactive to customer feedback, rather than the large-scale, labor-intensive updates siloed teams may deploy.

What does a DevOps engineer do?

DevOps Engineer is somebody who understands the Software Development Lifecycle and has the outright understanding of various automation tools for developing digital pipelines (Continuous Integration (CI) / Continuous Deployment (CD) pipelines).

A DevOps Engineer works with developers and the IT staff to oversee the code releases. They are either developers who get interested in deployment and network operations or sysadmins who have a passion for scripting and coding and move into the development side where they can improve the planning of test and deployment.

A DevOps engineer’s roles and responsibilities are a combination of technical and management roles. It is essential to have excellent communication and coordination skills to successfully integrate various functions in a coordinated manner and deliver the responsibilities to the customer’s satisfaction.  Some of the core responsibilities of DevOps Engineer include:

What is an SRE? How is that different from DevOps?

In the words of Ben Treynor, SRE is “what happens when you ask a software engineer to design an operations function.”

Like DevOps, SRE is about team culture and relationships. Both SRE and DevOps work to bridge the gap between development and operations teams to deliver services faster. However, SRE differs from DevOps because it relies on site reliability engineers within the development team who also have an operations background to remove communication and workflow problems.

Site Reliability Engineering (SRE) is responsible for implementing the product developed by the Core Development team. The key objective of the SREs is to implement and automate DevOps practices to reduce the level of incidents and improve reliability and scalability. SREs are also responsible for sending swift and constant feedback to the Development team based on performance metrics – availability, latency, efficiency, capacity, and incident.

Some of the best practices for SRE are:

Why are SRE experts important?

SRE teams determine the launch of new features by using service-level agreements (SLAs) to define the required reliability of the system through service-level indicators (SLI) and service-level objectives (SLO). An SLI measures specific aspects of provided service levels. Key SLIs include request latency, availability, error rate, and system throughput. An SLO is based on the target value or range for a specified service level based on the SLI. An SLO for the required system reliability is then based on the downtime determined to be acceptable. This downtime level is referred to as an error budget—the maximum allowable threshold for errors and outages.

Now let’s look at the role and responsibility of a Site Reliability Engineer. The main jo responsibilities of an SRE expert are:

Difference between DevOps and SRE

Here is a quick summary of the key differences:

Cloud computing refers to services like storage, databases, software, and analytics that are made accessible via the internet. According to Gartner, the cloud tech services market is expected to grow from $175.8 billion in 2018 to $206 billion in 2019.

A cloud engineer is an IT professional that builds and maintains cloud infrastructure. Cloud engineers can have more specific roles that include cloud architecting (designing cloud solutions for organizations), development (coding for the cloud), and administration (working with cloud networks).

Cloud engineer is a general term encompassing a few different roles, including:

Each position focuses on a specific type of cloud computing, rather than the technology as a whole. Companies that hire cloud engineers are often looking to deploy cloud services, scale up their use of cloud resources or further their cloud understanding and technology.

Here is a quick table that summarizes the differences between DevOps and Cloud engineering:

What is the difference between DevOps and Backend developers?

Why can’t a Backend engineer fill the shoes of a DevOps expert? While there are some similarities, there are also major differences between the two functions:

What are common DevOps/SRE titles?

Here are some of the most common DevOps job titles, what they do, and what you should consider when looking to hire them:

What technologies and tools do DevOps engineers work with?

Tools used by DevOps/SRE teams can be categorized in three main areas:

What are some of the success stories of companies integrating DevOps/SRE?

The trending software development approach of DevOps/SRE has many quantifiable technical and business benefits, including a move from centralized release management structures to adaptive release management, shorter development cycles, increased deployment frequency, and faster time to market. But because it relies so heavily on increased communication, collaboration, and innovation, it can also be a catalyst for cultural change within an organization.

Here are some examples of companies using DevOps strategically:

Back when Amazon was still run on dedicated servers, it was a constant challenge to predict how much equipment to buy to meet traffic demands and pad estimates to accommodate for unforeseen traffic spikes. As a result, about 40 percent of Amazon's server capacity was wasted—and during the Christmas shopping season, when traffic could triple, more than three-quarters could be left unused—along with the money spent to purchase it.

Once the online retailer moved to the Amazon Web Services (AWS) cloud, it allowed engineers to scale capacity up or down incrementally. Not only did this reduce spending on server capacity, but it also spurred a transition to a continuous deployment process that allows any developer to deploy their own code to whichever servers they need, whenever they want.

Within a year of Amazon's move to AWS, engineers were deploying code every 11.7 seconds, on average. The agile approach also reduced both the number and duration of outages, resulting in increased revenue.

For its first several years, Etsy struggled with slow, painful site updates that frequently caused the site to go down. In addition to frustrating visitors, any downtime impacted sales for Etsy's millions of users who sold goods through the online marketplace and risked driving them to a competitor.

With the help of a new technical management team, Etsy transitioned from its waterfall model, which produced four-hour full-site deployments twice weekly, to a more agile approach. Today, it has a fully automated deployment pipeline, and its continuous delivery (CD) practices have reportedly resulted in more than 50 deployments a day with fewer disruptions.

When Netflix evolved its business model from shipping DVDs to streaming video over the web, it waded into uncharted waters. There weren't any commercial tools available to help keep the company's massive cloud infrastructure running smoothly, so it turned to open source solutions. Enlisting the volunteer help of hundreds of developers, it created the Simian Army, a suite of automated tools that stress test Netflix's infrastructure and allow the company to proactively identify and resolve vulnerabilities before they impact customers.

Since then, Netflix has continued its commitment to automation and open source, and today engineers deploy code thousands of times per day

Adobe's DevOps transformation began five years ago when the company moved from packaged software to a cloud services model and was suddenly faced with making a continuous series of small software updates rather than big, semi-annual releases.

To maintain the required pace, Adobe uses CloudMunch's end-to-end DevOps platform to automate and manage its deployments. Because it integrates with a variety of software, developers can continue to use their preferred tools, and its multi-project view allows them to see how a change to any one Adobe product affects the others.

The move has enabled faster delivery and better product management, and according to the Wall Street Journal, Adobe has already been able to meet 60 percent more app development demand

What do interviewers look for in DevOps/SRE engineers?

It is helpful to know what technical interviewers look for in DevOps/SRE engineers and the most commonly asked questions. As a recruiter, you can help prepare a candidate for the screens and get a sense of how confident they are about the subject matter. Even if you don’t understand the answers, it may be a good idea to go through some of these questions with a potential candidate.

Note that when it comes to preparing a candidate for DevOps/SRE, behavioral interview is as important if not more than the technical interview since DevOps/SRE has its roots in developing a culture in an organization which promotes teamwork, efficiency, time management and leadership.

There are many options when it comes to finding potential DevOps/SRE engineer candidates.

LinkedIn remains the best place to find developers, at least in the United States and Canada. Their Recruiter search has several fields you can use to search candidates, including title, location, current company, years of experience etc., and by creating a boolean search, the search can be narrowed down very effectively.

A quick search on the LinkedIn Recruiter portal shows that there are 290k+ DevOps Engineers and 77k+ Site Reliability Engineers:

Here are a few tips to narrow this list by adding the following specific details:

In addition to searching on LinkedIn, here are some other ways to find and engage with DevOps/SRE candidates:

What are the growth projections for DevOps/SRE engineers? What is the expected compensation?

According to Zippia, the average compensation for a DevOps engineer is $104k in the US. The growth rate in terms of roles is almost 21% per year with organizations of all sizes having a need for DevOps professionals.

The data from Zippa is a bit lower than what we have seen at Rocket with typical salaries in the $130-150k range in the US.

Hope you found this guide informative and helpful in your journey of recruiting DevOps professionals. Please reach out if you have any questions or thoughts.

Rocket pairs talented recruiters with advanced AI to help companies hit their hiring goals and knows technology recruiting inside out. Rocket is headquartered in the heart of Silicon Valley but has recruiters all over the US & Canada serving the needs of our growing client base across engineering, product management, data science and more through a variety of offerings and solutions.

More from the Blog 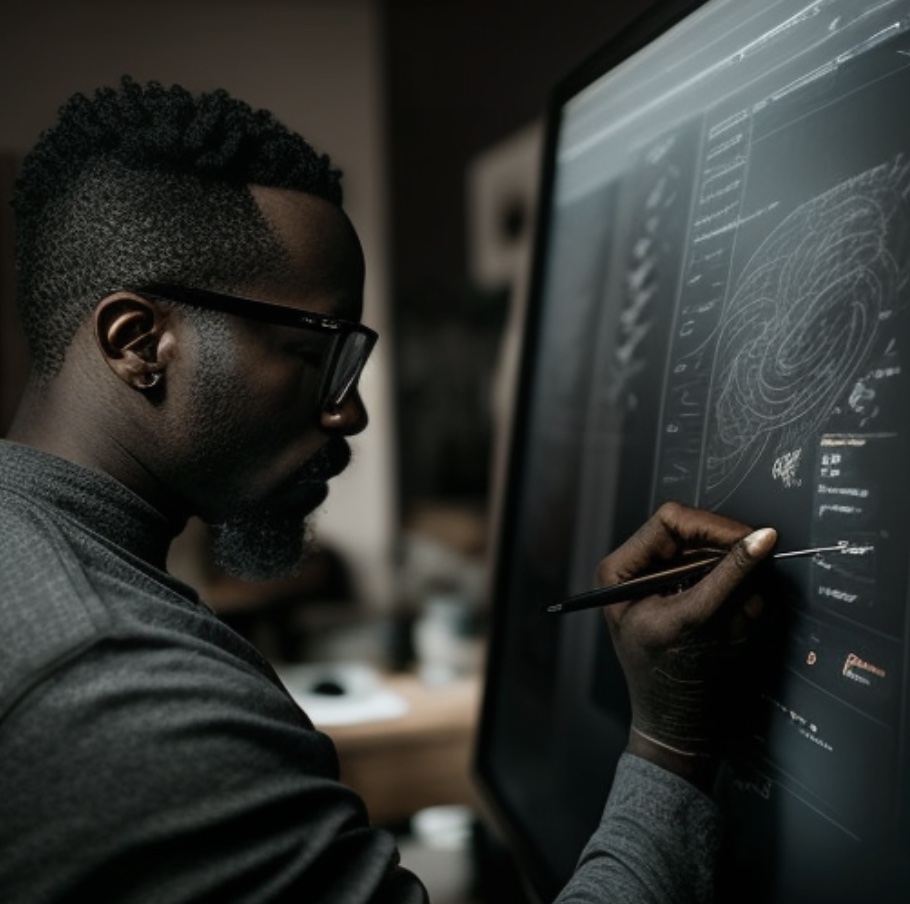 The Future of UI/UX Design: Five Trends in the Industry

Predictions and trends shaping the future of UI/UX design, including new design approaches, emerging technologies, and the role of artificial intelligence (AI) and machine learning. 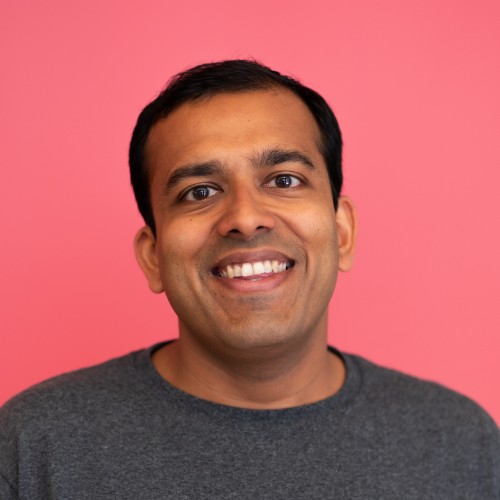 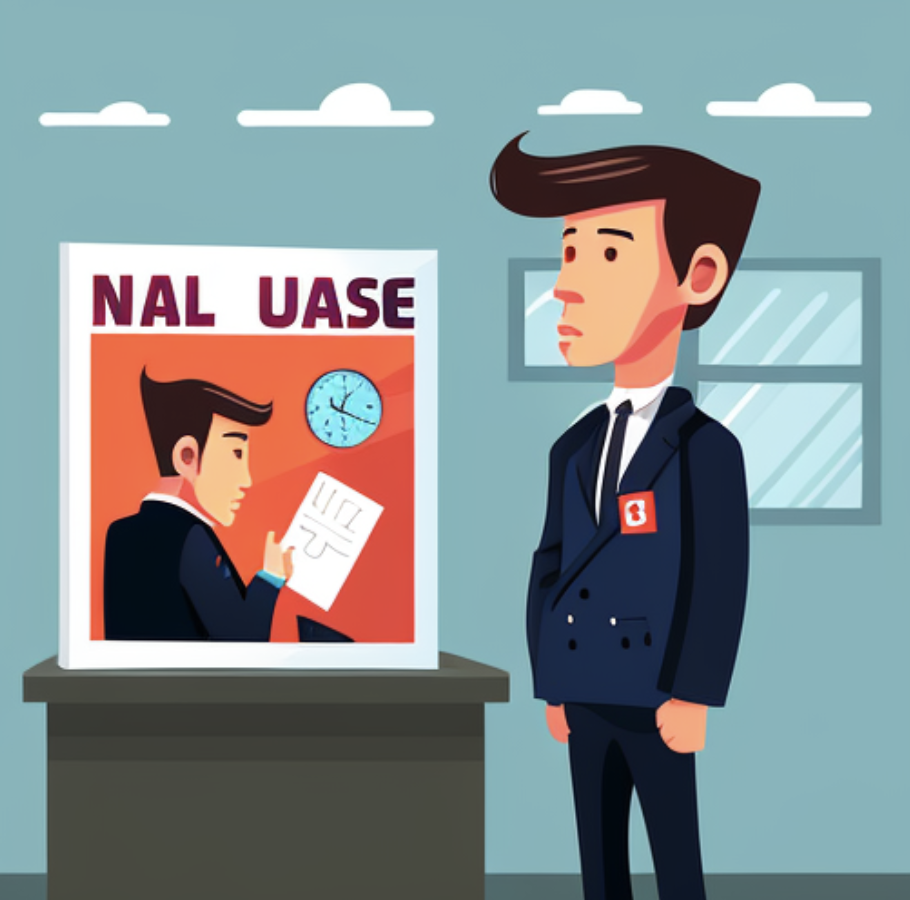 Should I change my job now? 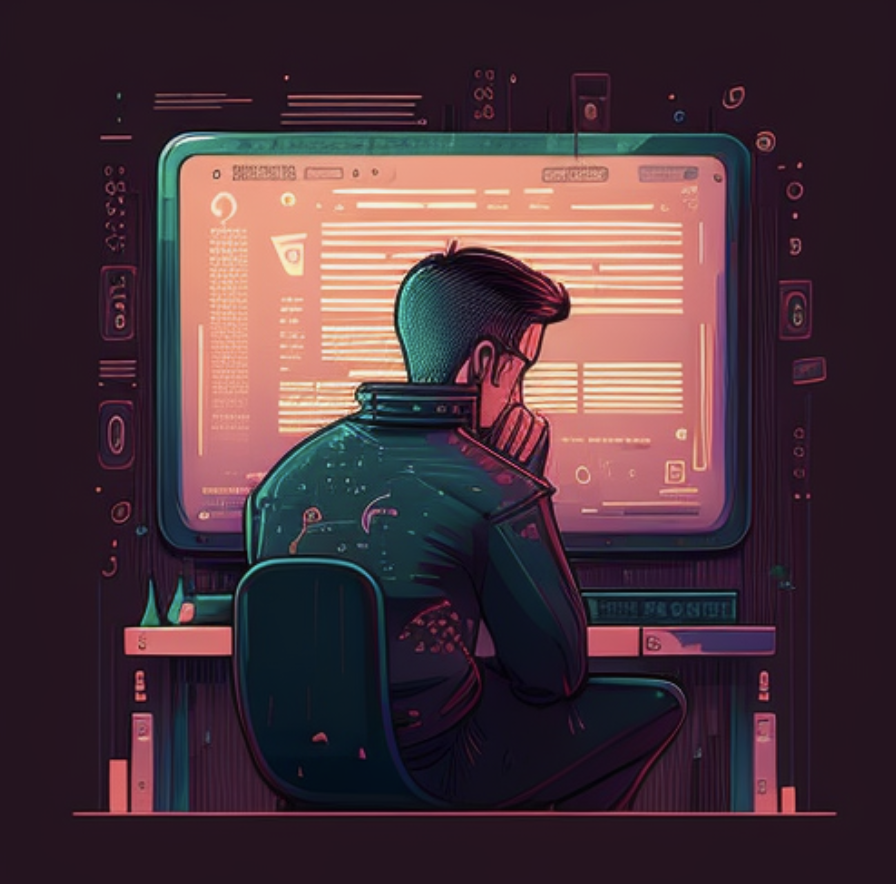 Django vs. Flask - which Python framework to use?